Why Wales needs its own scientific advice

One of the welcome features of the response to the COVID-10 pandemic worldwide is a new-found respect for experts, for evidence and for data.  In the UK, the Scientific Advisory Group for Emergencies has occupied centre-stage. Even its sub-committees NERVTAG, SPI-M and SPI-B have entered into public consciousness.

Wales has a representative on the SAGE committee, and the Welsh Government has its own Chief Medical and Chief Science Officer to provide independent advice.  Scotland has, however, gone one step further in establishing its own scientific advisory group which has now met five times.  It consists of leading experts in medicine and public health, including Devi Sridhar of Edinburgh University, who has been a very vocal critic of the UK approach on testing.

I wrote to the First Minister to ask him to appoint a similar scientific advisory group for Wales.  Wales, after all, has a different demographic structure, and a different urban/rural mix, to England which may affect the modelling on how different policy approaches might work.  There is also a debate between scientists on the best approaches to combating the disease which is reflected in the range of policies adopted by different governments across the world.  A scientific advisory group for Wales could help the Welsh Government interpret the evidence from SAGE, using Wales-specific data and drawing on the growing body of international evidence.

On Friday the First Minister did announce the creation of a wider group to advise himself on policy but there are no more details at this stage.

There are two areas this group should look at immediately I believe:

Many countries that have successfully suppressed the number of new cases have done so through the adoption of a policy of testing, contact tracing and case isolation.  The First Minister has agreed to ask SAGE if it will conduct separate modelling of a testing and tracing policy for Wales.  But the Scottish Government has and produced its own Scotland-specific modelling of the COVID-19 Pandemic, and their Advisory Group in its meeting on April 6th advised in favour of the “consideration of the potential role of contact tracing and case isolation.”

In addition to testing and contact tracing, another common factor is emerging as a possible explanation as to why some nations and regions have achieved markedly lower fatality rates from COVID-19.  There is already a shift in treatment away from mechanical ventilation which has a poor prognosis for many patients to a variety of non-invasive approaches.  This raises the question of whether more patients could be treated earlier, even at home, before their symptoms become more serious and intubation for the critically ill becomes a necessary option.

A Chinese study in the Annals of Intensive Care based on experience in Jiangsu Province concluded that early screening of critically ill patients and early intervention can reduce patient mortality. Starting earlier, in essence, better enables a still healthy body to mount a successful immune response.  A study by physicians from Bergamo, Italy published in the New England Journal of Medicine has recommended a combination of “early oxygen therapy, pulse oximeters, and nutrition delivered to the homes of mildly ill and convalescent patients, setting up a broad surveillance system with adequate isolation and leveraging innovative telemedicine instruments” as a means of preventing hospital-acquired infection.  Early diagnosis and treatment, enabled, of course, through its impressive record on mass testing, have featured prominently in Germany’s approach to COVID-19.

Advisers advise, ministers decide - as the old saying goes.  But deciding on the advice you need is sometimes the most important decision of all. 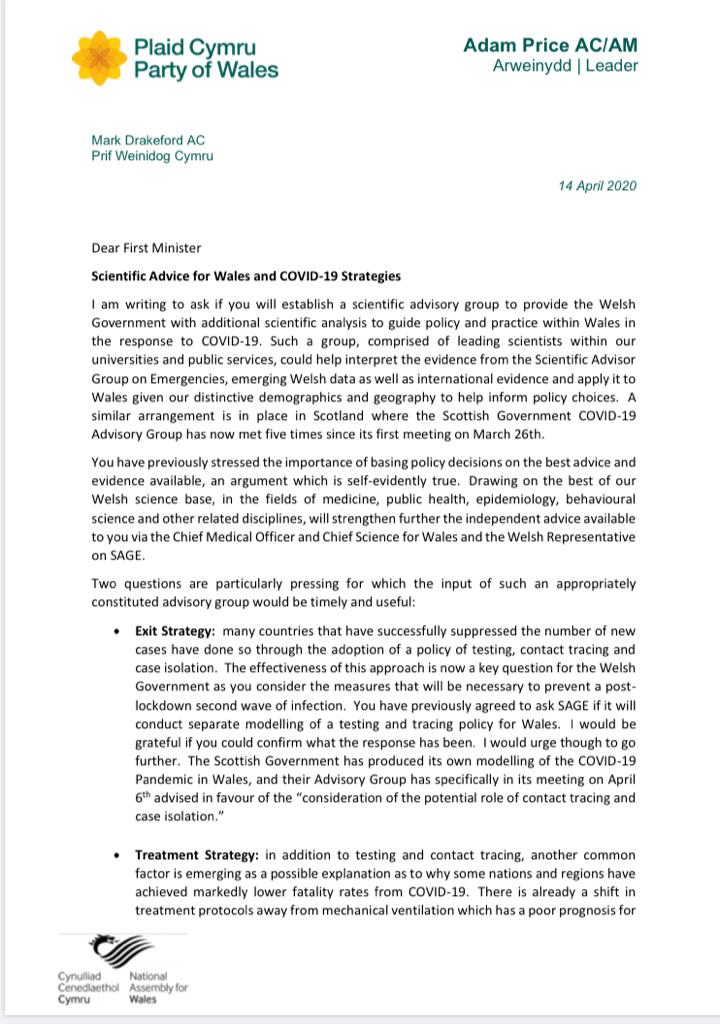