Dr Camilla Ducker is a GP and Public Health Consultant. Here she looks at how a lack of transparency and apologies along with confusing messages by leaders during the Coronavirus crisis impacts on people's mental health and well being. 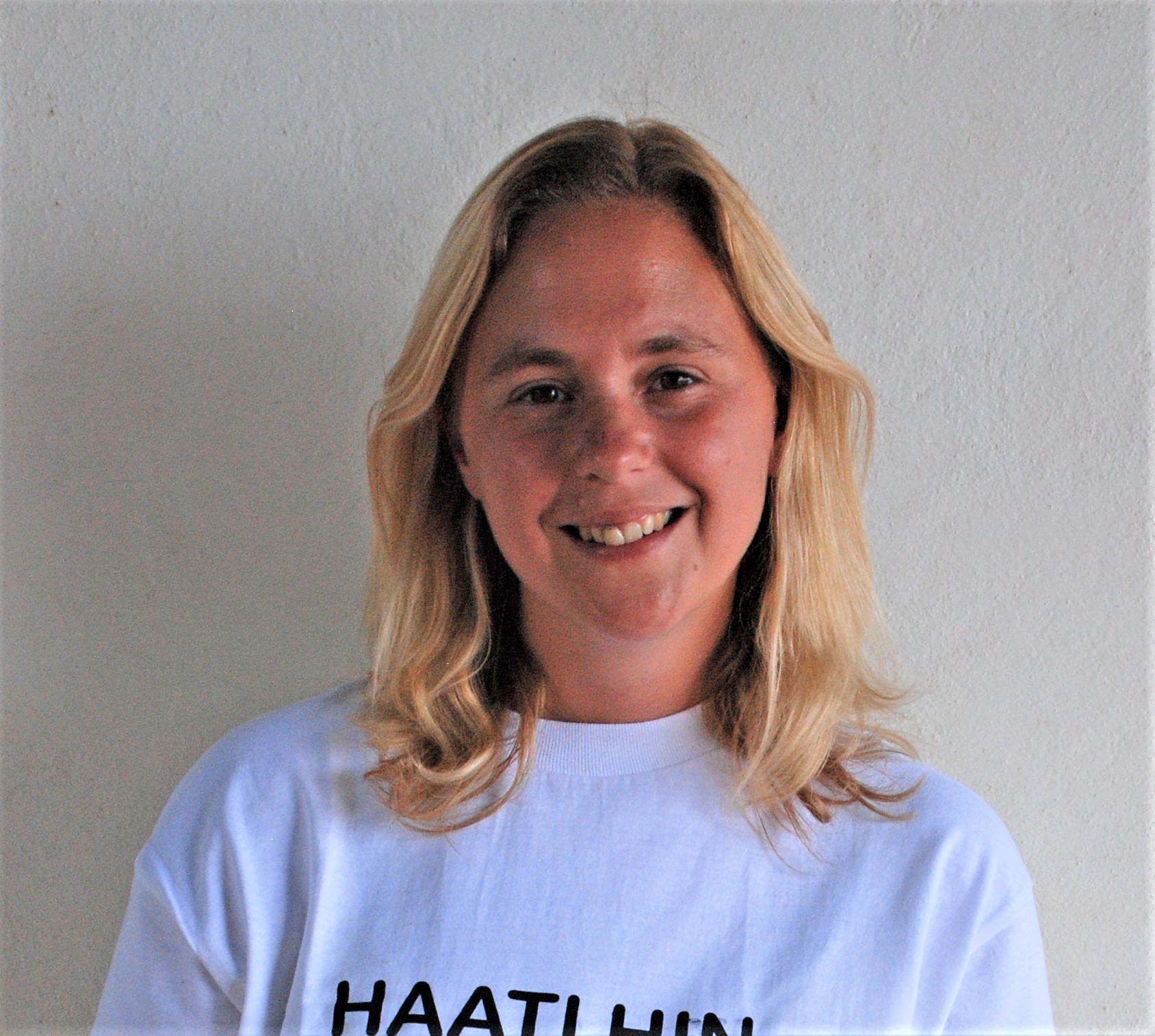 Dr Camilla Ducker "That none of our own leaders seems able simply to say sorry is terribly sad."

To say that this is a strange and bewildering time is, of course, an understatement. The impact of COVID-19 is being felt in every household in Wales.

A few days ago, the BBC reported that in a survey conducted in April four out of five people across the UK felt stressed, anxious or worried about the future as a direct result of coronavirus.

As a clinician, I do not find this at all surprising. The sacrifices people are having to make and the uncertainties they are enduring are immense. People have talked a lot about feeling helpless during the lockdown, stuck in their houses, unable to help or be there for loved ones. 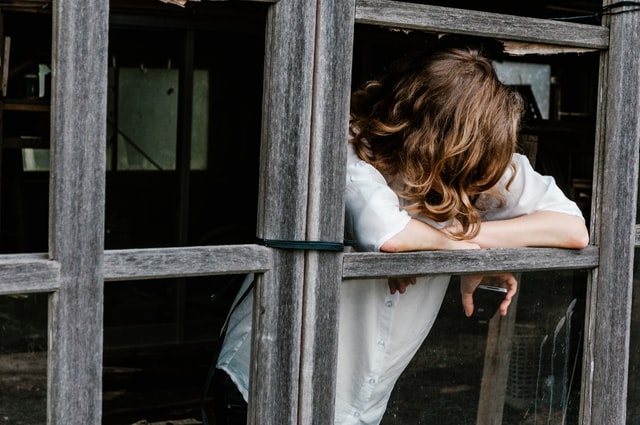 We joked a lot at the beginning of the lockdown – how hard could it be, sitting on the sofa for 12 weeks watching Netflix? The answer to that question, it turns out, is “very hard, in fact”. Children still need to be cared for; jobs need to be done and, for many, those jobs will have to be done in far more trying circumstances than usual. For many too, there looms a rain cloud of loss, grief and financial insecurity. Which doesn’t leave a whole lot of time or mental space for “just sitting around”.

While it is true that the coronavirus respects no borders, it has not, however, been a great equalizer. Far from it. It has actually exacerbated social inequality. Time and again we see the poorest in our communities bearing the brunt. Those who work in less well-paid jobs are less likely to be able to work from home and are more likely to be exposed to the disease. Wales itself is more exposed than other parts of the UK as a result of the impact of lockdown on a fragile economy. And as we have not yet even begun to see the true reach of COVID-19’s economic ravages, that in itself is a cause for concern and anxiety for many. 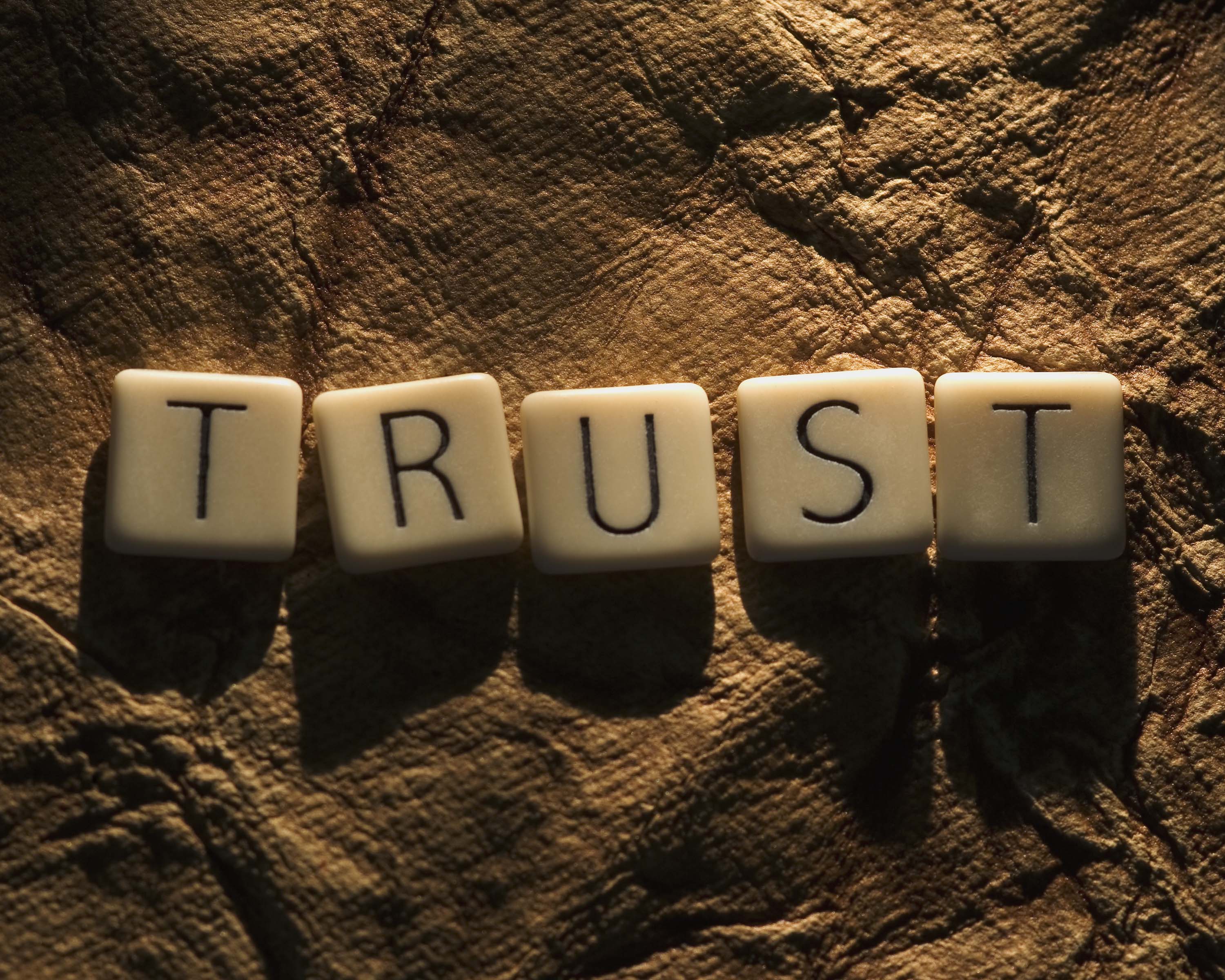 The pandemic has become a test of one of the key relationships we all have in our lives – with the country’s social structures. It has exposed values, institutions and norms, in care and working practices, which in normal times can be hidden or brushed over. This is a test of the relationship between the state and its citizens.

As a population, we have been asked to place our trust in politicians to a greater degree than at any other time I can remember. And more than ever, they have had direct power over our and our families’ wellbeing. We have had to take them on trust that they are indeed looking after us and our best interests, not only at national levels but on the local level too.

I do wonder, then, whether the trust or at least the willingness to abide by decisions – shown by the public, in general, has been met with due respect. How are we to feel, for example, when we hear that as other countries prioritise testing, following WHO recommendations, we are told that testing is either not needed or related to targets that have never been met? This will inevitably have contributed to people’s anxiety and confusion. 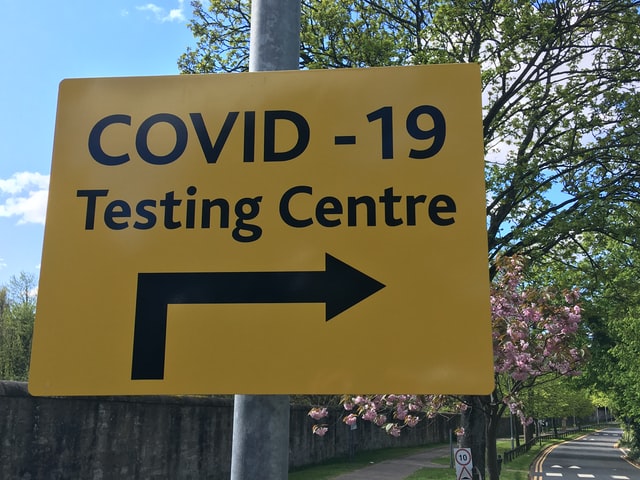 In early March, we were told that it was safe to step down community testing only a week after much-publicized testing centres had been opened in Wales. However, that intervention was not immediately replaced by another – it was in fact nine days or so before lockdown rules were introduced, on the 23rd of March. During that period, when leadership was absent to the point of being non-existent, it is now estimated that the number of infections in the UK rose from some 200,000 to a staggering 1.5 million.

“Trust us’, politicians say, and a great many people want to do just that; particularly so, perhaps, when the threat to our wellbeing is invisible, as in the case of the coronavirus. The desire to trust doesn’t mean that we have to think that our elected representatives are getting everything right all the time, but it has to mean that we believe in them to act with integrity and with a driving sense of our general wellbeing. It means taking people’s trust and repaying them in kind, by being honest and open with them, and by respecting their intelligence. 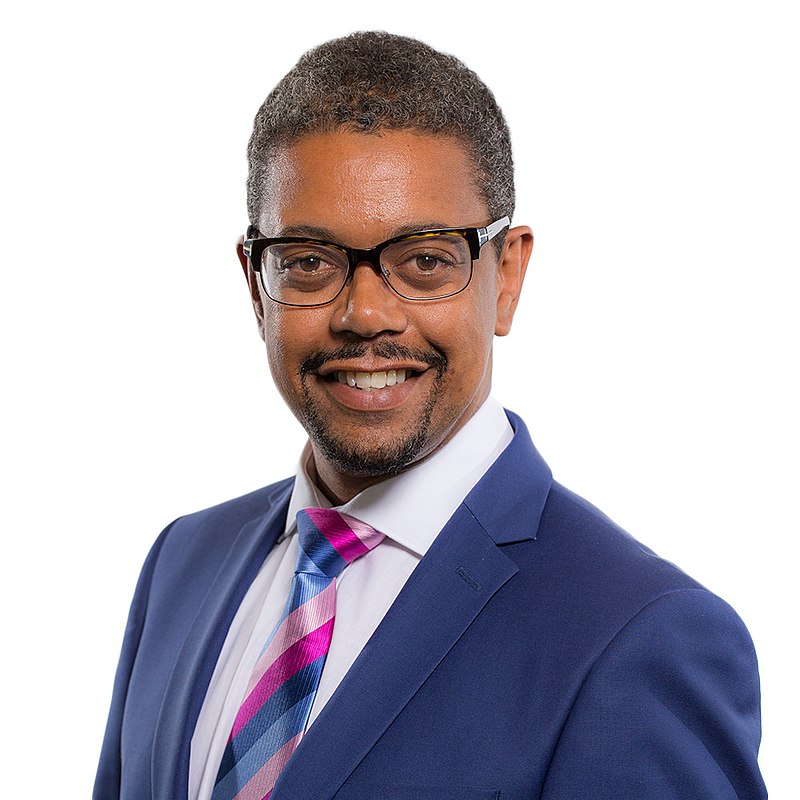 Welsh Health Secretary Vaughan Gething announced a target of 5,000 tests per day by mid-April. The target was eventually scrapped and denied.

At the beginning of April, and on numerous occasions after that date, the Welsh Government’s Health Secretary, Vaughan Gething, said that Wales would be carrying out 5,000 COVID-19 tests a day by the middle of the month. On the 15th of April, he said that there would be 5,000 tests in the next few days. Then he denied there ever having been a target, on the same day It emerged that Wales’s actual testing capacity was 1,300.

Even if we put aside the obvious bad faith of the denials or ignore the incompetence which led to commitments not being met, this episode is a prime example of giving people false hope and, in that sense, could be characterized as government directly destabilizing people’s mental health. If you take as your yardstick a most basic definition of the state, to protect its citizens, that is a catastrophic failure. 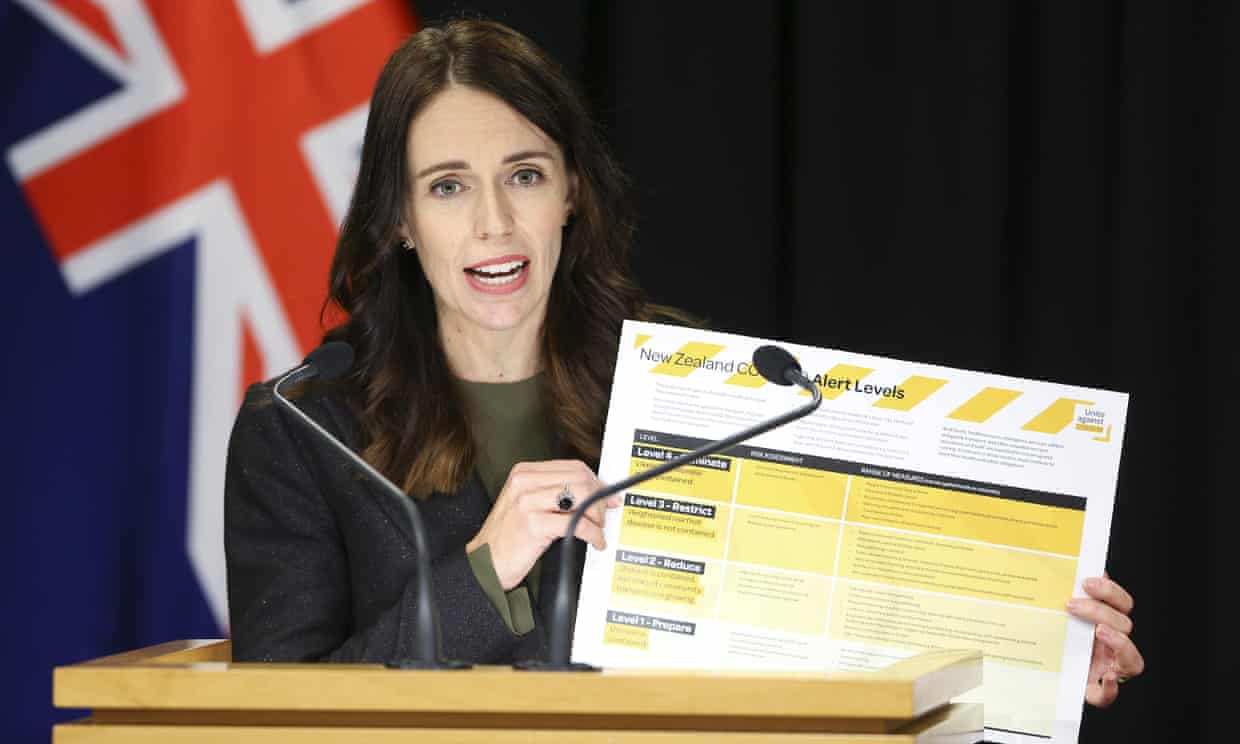 In Wales, then, we look to other similar-sized countries, to see how things might be done differently. In New Zealand, Prime Minister Jacinda Ardern’s government managed to get a grip on transmission, reducing new infections to effectively zero by the end of April. What was just as noticeable, however, was the way in which she, as her government’s figurehead, communicated with New Zealanders. She spoke to people straightforwardly and honestly and didn’t try to fudge or sugar-coat the more difficult decisions, like locking down the country or stopping international travel.

Jacinda Ardern showed that you can make good decisions and be strong without any of the machismo and messaging that our politicians, both in Westminster and Wales, seem incapable of doing without. She might even mess up or make a bad choice – be photographed eating chips on a public bench, say – but rather than retroactively adapt the rules to fit her own case, you rather imagine that she’d say sorry, and even that she’d be forgiven.

That none of our own leaders seem able simply to say sorry is terribly sad.

Because for a population living in the midst of a pandemic, and most likely a heightened public mental health crisis too, it is inevitable that we will get things wrong. In our day-to-day lives, we have to apologise all the time, simply to function well in our family units. Of course, not all aspects of domestic life can or should be transposed to the level of the state – it isn’t the case that running a national budget is just like running your family budget, for example. But one aspect of daily life should be absolutely non-negotiable in the wider sphere. 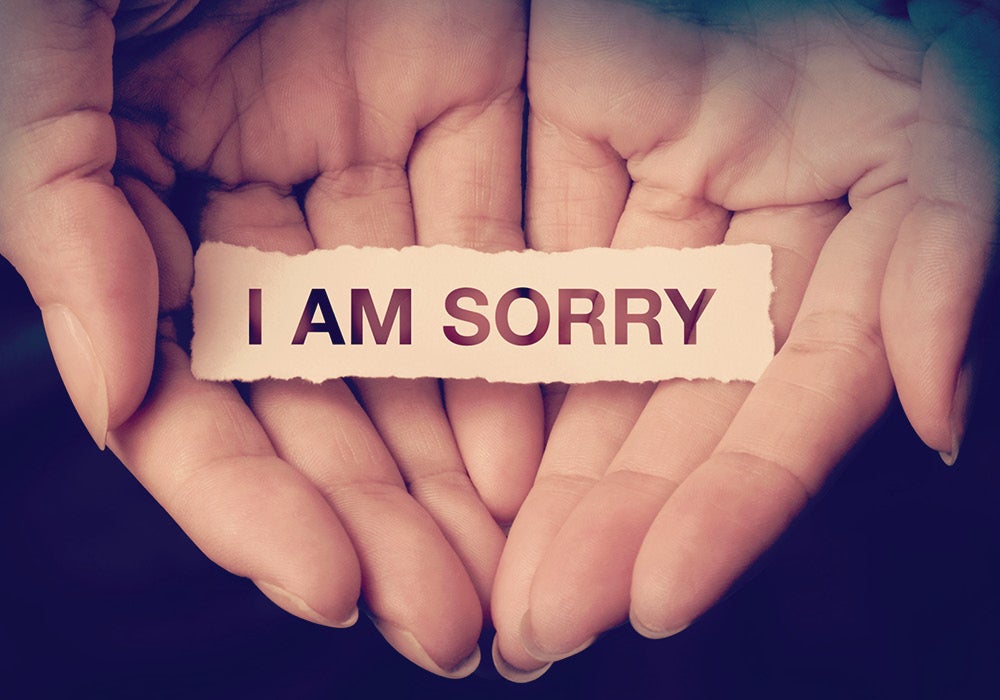 We shouldn’t – and I don’t think we actually do – expect our leaders to be perfect. During these pandemic times, people are quite prepared to accept the unprecedented nature of things. But it is vital that our leaders do not take us for fools. And that they say sorry when they get things wrong. That isn’t only an ethical imperative, of course; it is a question of our general mental health and wellbeing.

Wales has already seen more loss of life to COVID-19 than it should have and there may well be second waves and further peaks to come. If so, our representatives will surely have learned many lessons about beds and capacity, PPE, testing and tracing ... They should learn one more urgently: healthcare is not only physical. Politicians have a duty of care to our mental health too. Fortunately, however, that duty can often be discharged quite simply: Treat people with respect. Don’t lie to them. Say sorry once in a while. 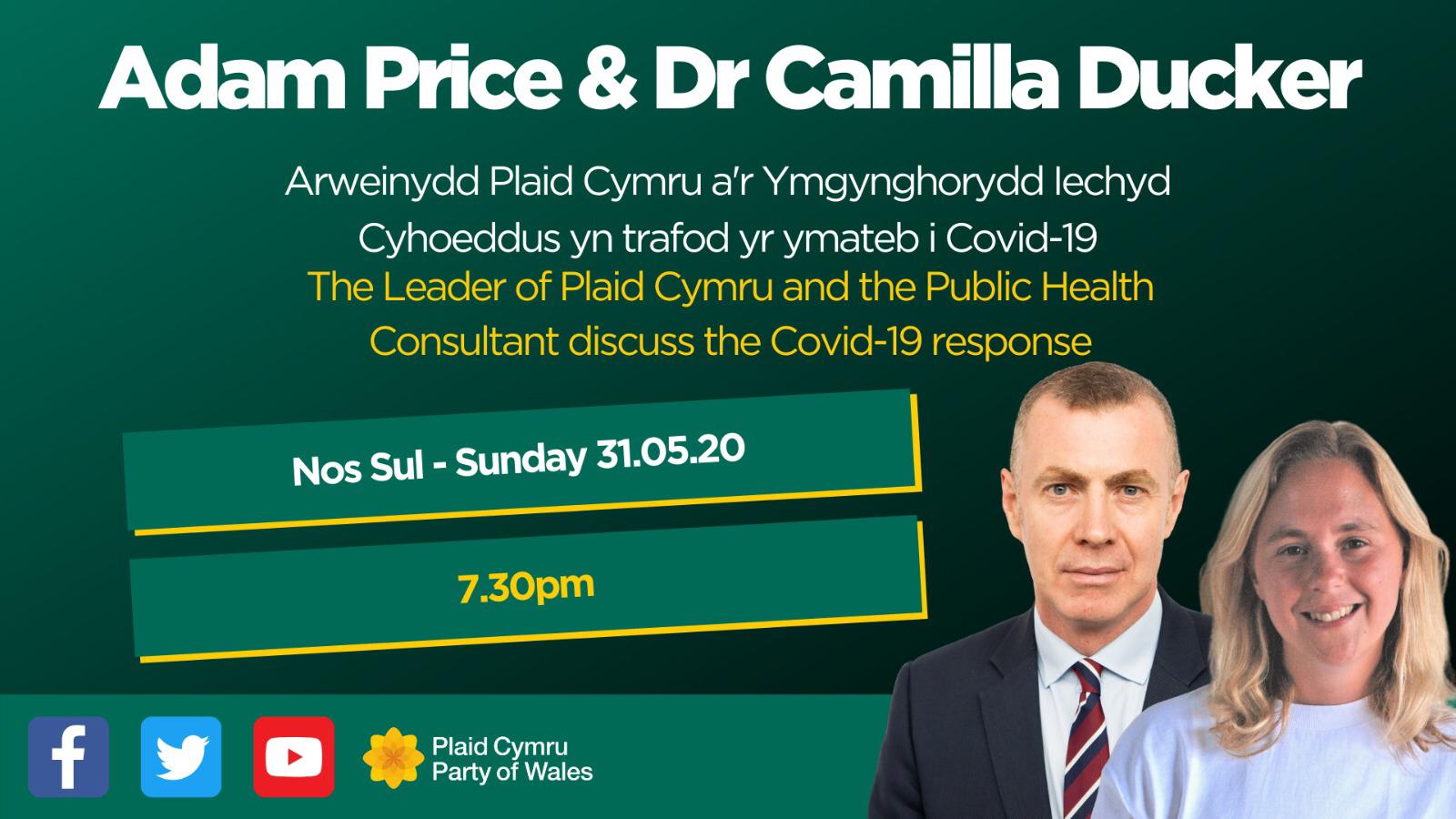